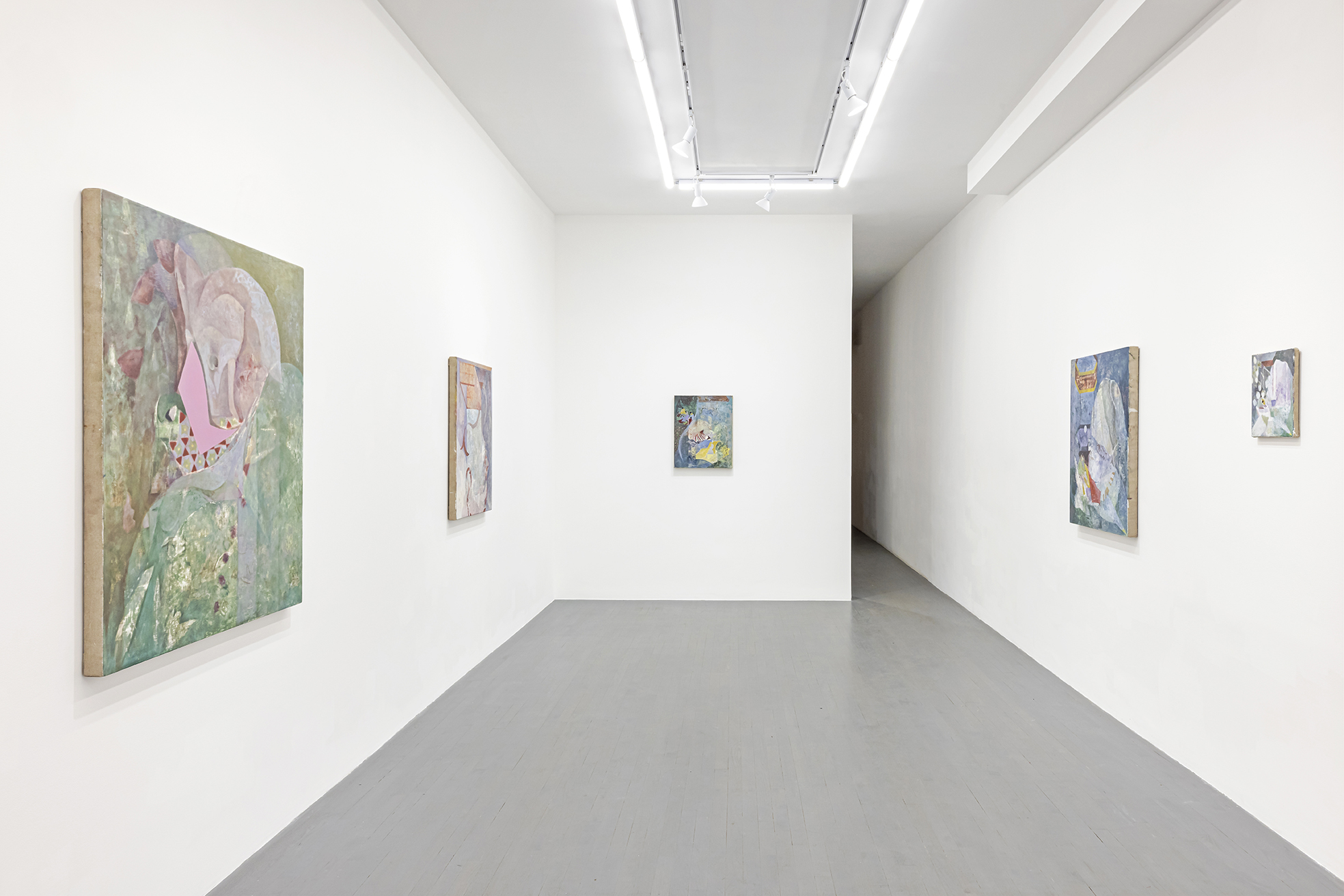 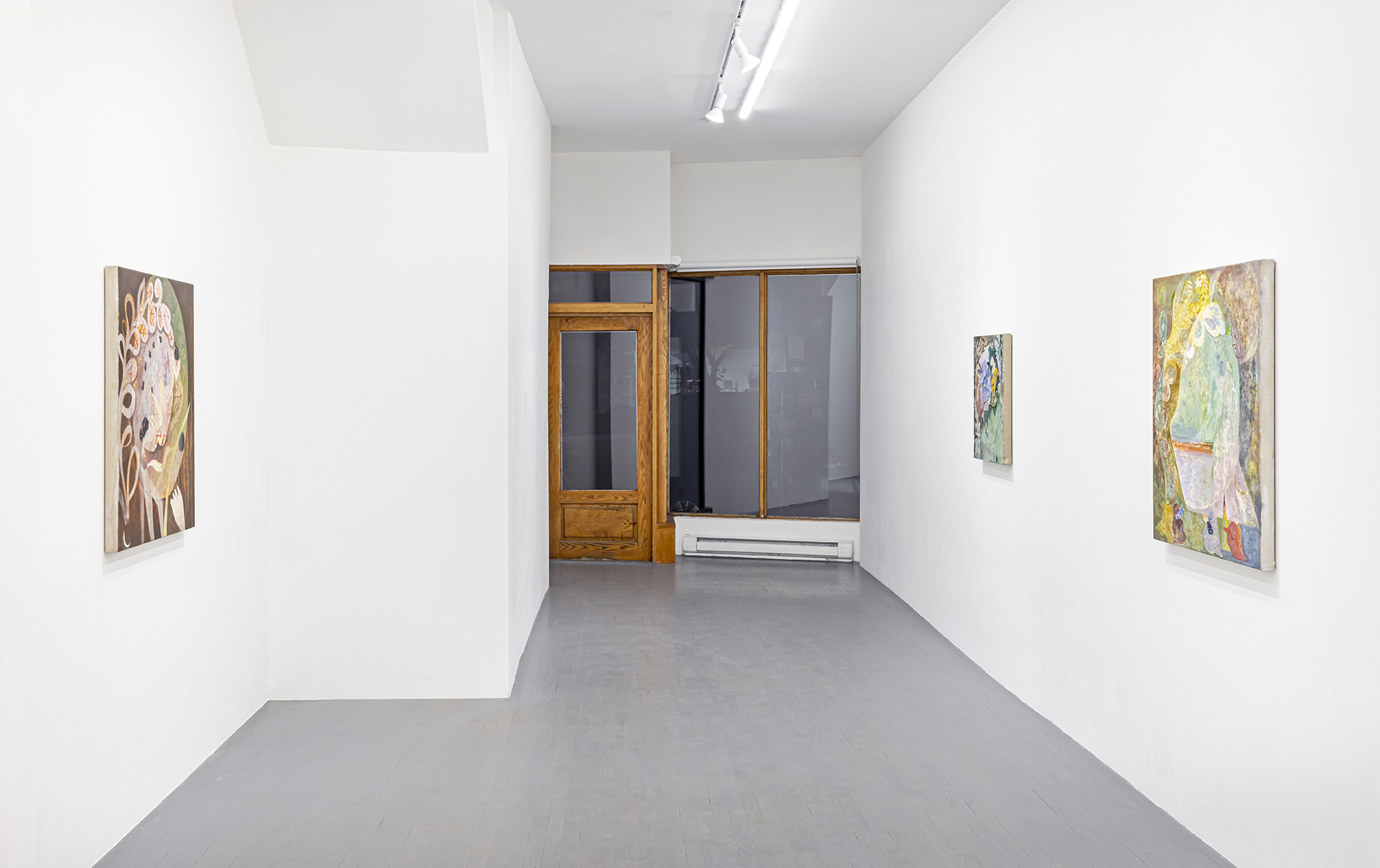 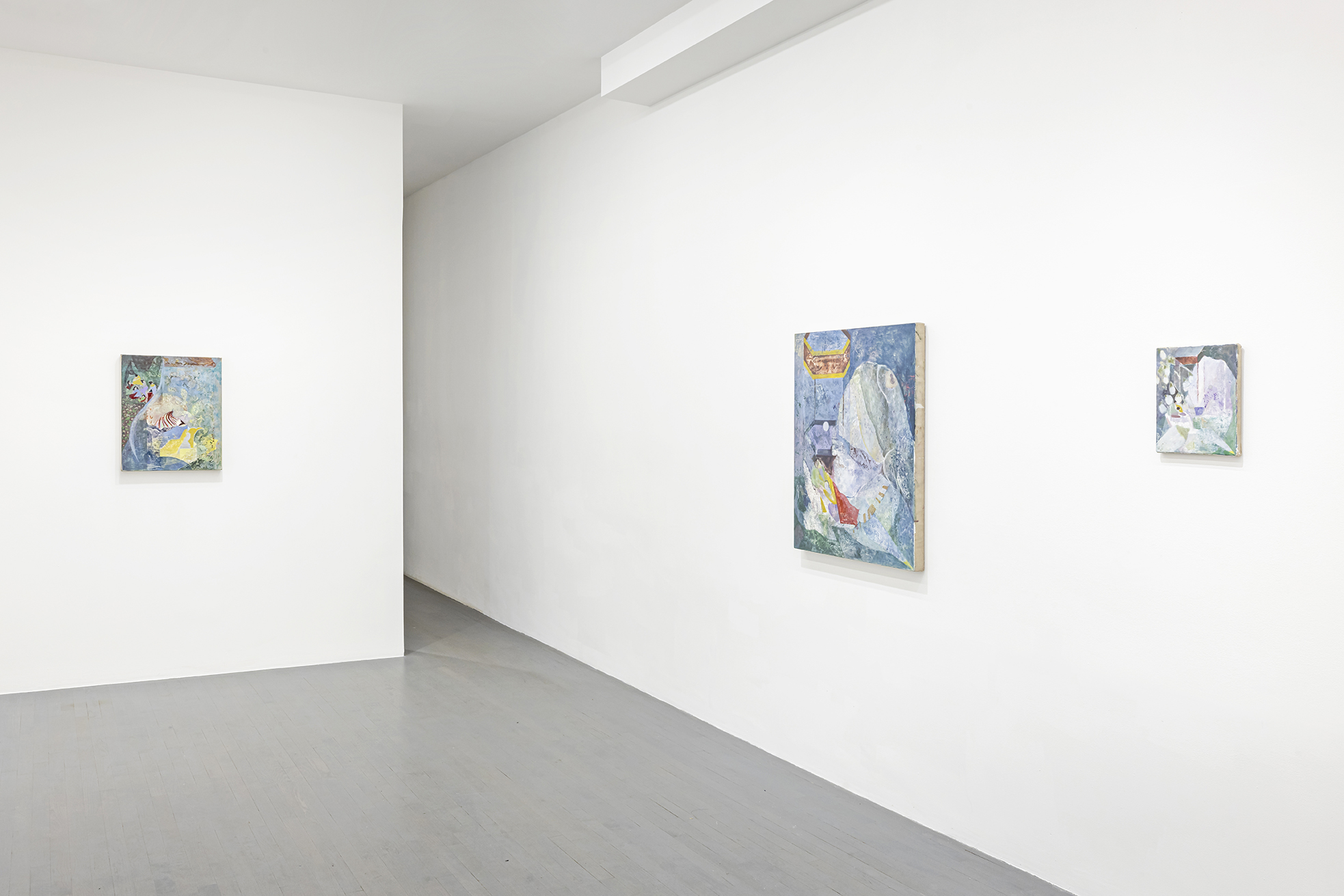 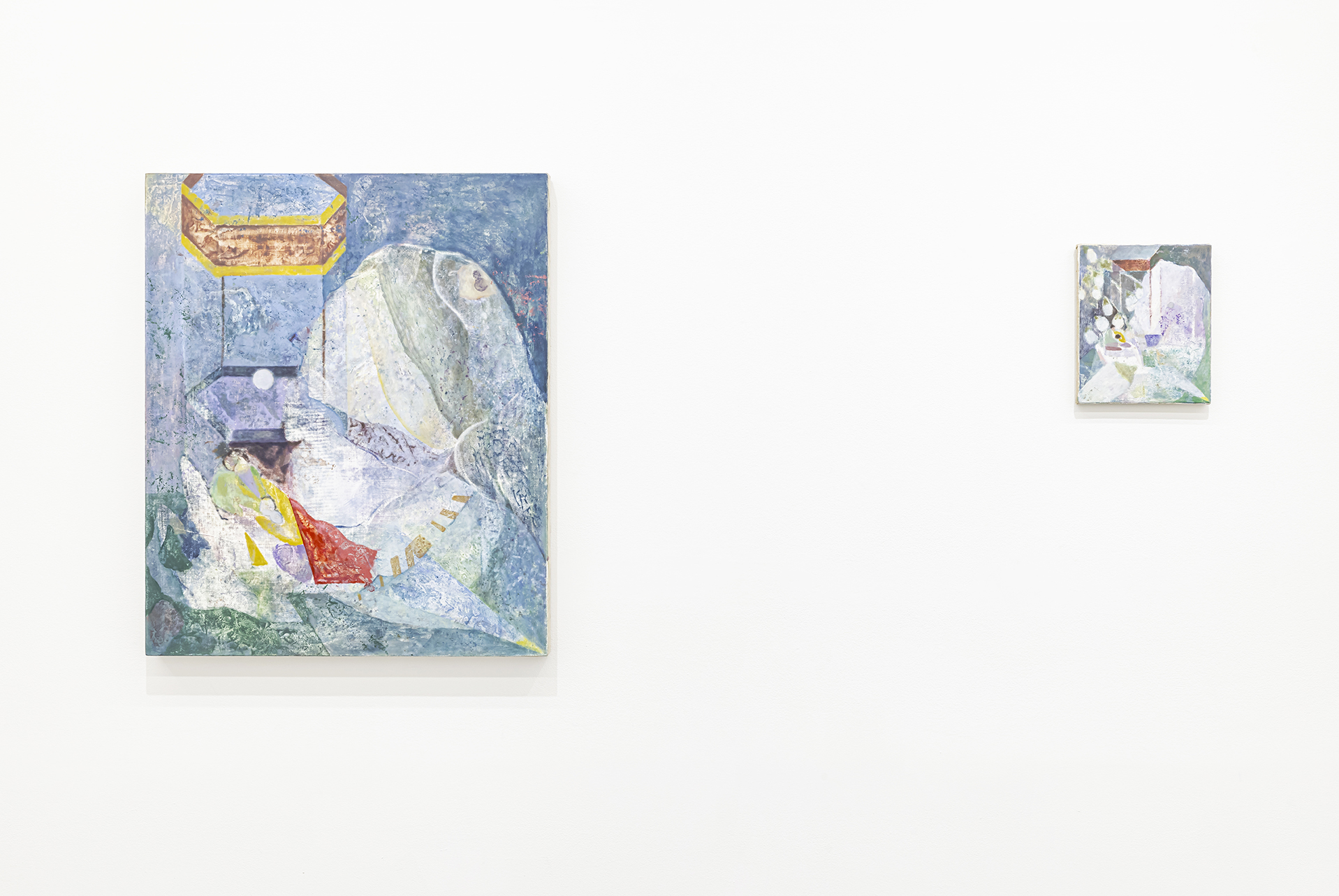 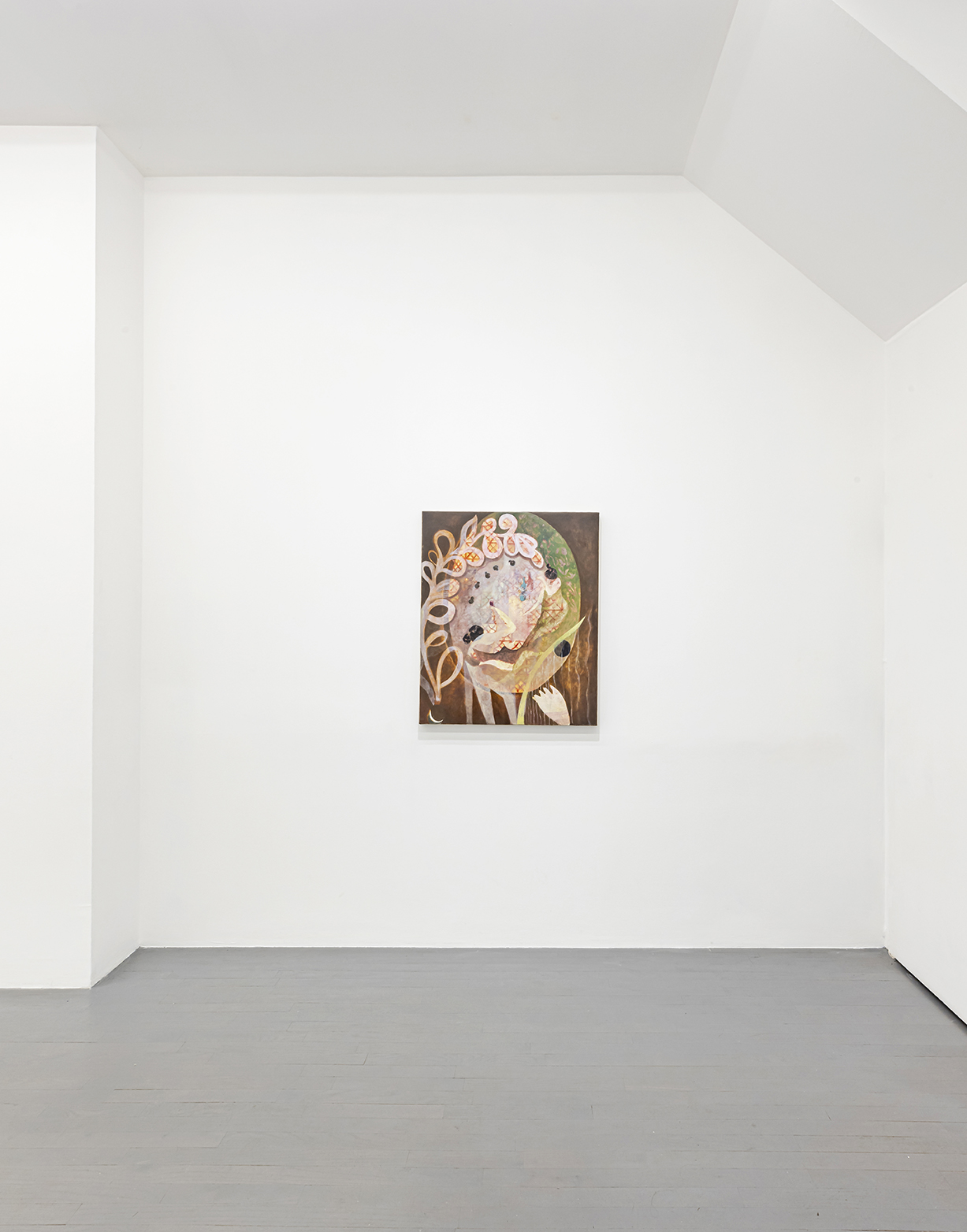 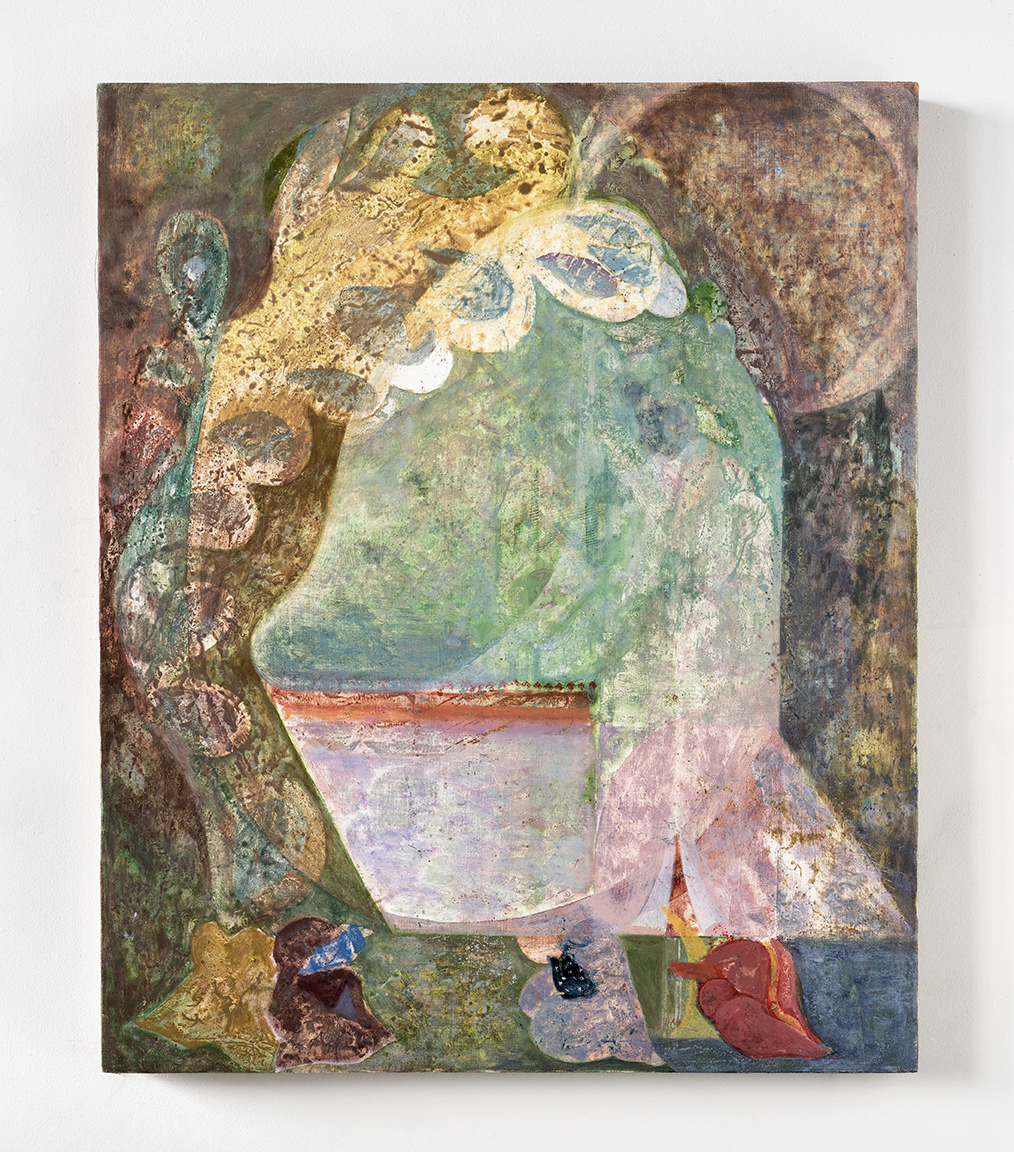 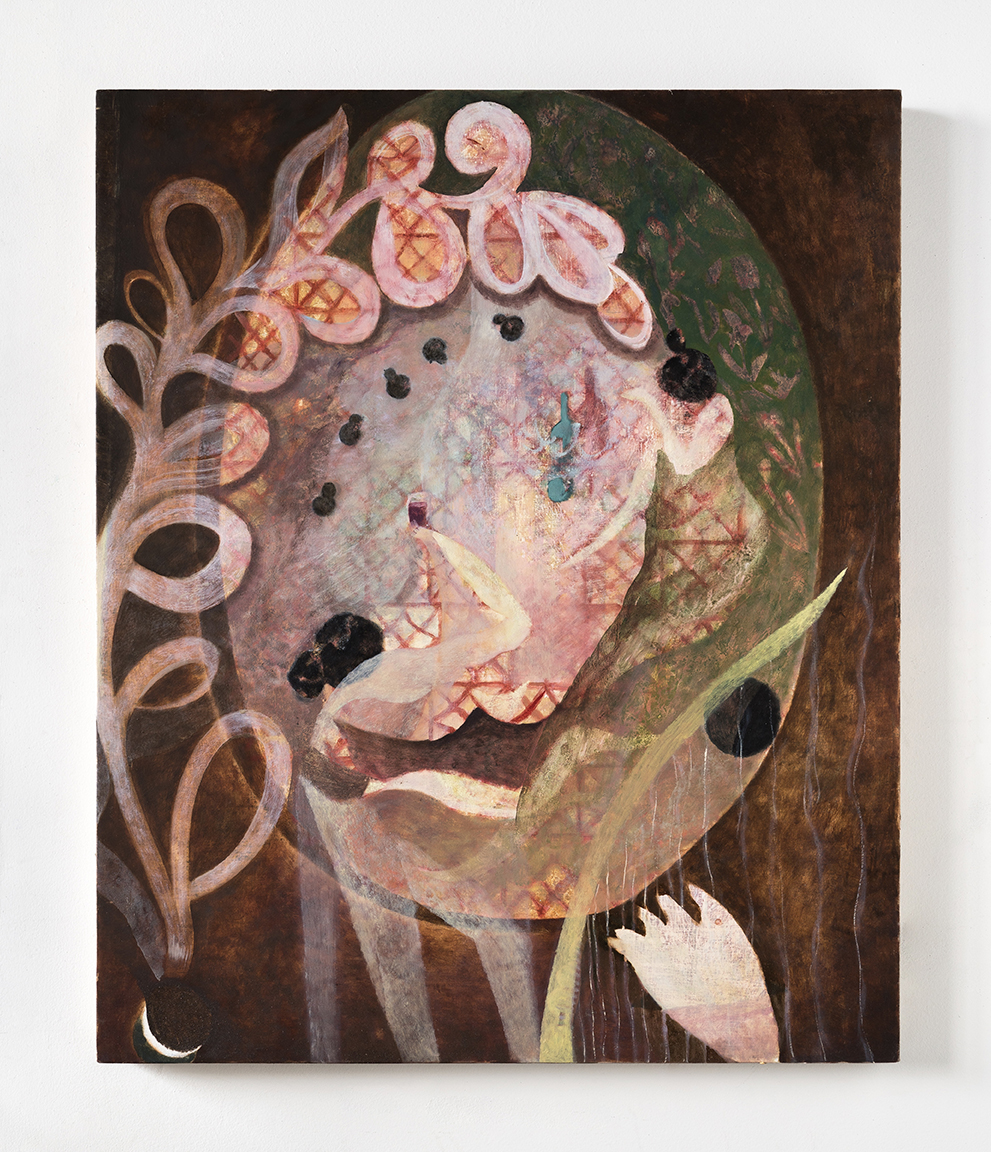 For her solo debut exhibition Dew and Dust, Iranian-Canadian artist Pardiss Amerian presents a suite of new paintings that draw upon the tradition of 15th-century Islamic manuscripts. Historically, these illuminated manuscripts served both religious and secular purposes, and were often commissioned by wealthy rulers and patrons. Amerian utilizes the painterly conventions found within the pages of these ancient texts to create ethereal, abstracted works replete with lattice patterning and biomorphic forms. Well-known historical narratives such as the Alf laylah wa laylah (One Thousand and One Nights) and Niẓāmi Ganjavi’s 12th century epic poem Haft Peykar (Seven Beauties) —tales that have also significantly contributed to the broader understanding of the manuscript tradition— underpin much of the imagery found within Amerian’s canvases. Interwoven with the materiality of her contemporary paintings, they insist on a continued dialogical understanding of storytelling and its visual representations.The works in Dew and Dust combine the narrative and style of Persian painting to showcase the ways in which these stories and their adjoining images continue to have parlance in contemporary art – and due to fragmentation of time, patronage and connoisseurship, simply have not been told enough.

Visit the gallery for casual conversations with the artist and gallery director. Drinks and light snacks will be served outdoors.
No reservations required.

The 2021 edition of the Gallery Weekend Toronto is now over. Thank you for attending. We are looking forward to see you again at the next edition!

The 2021 edition of the Gallery Weekend Toronto is now over. Thank you for attending. We are looking forward to see you again at the next edition!